K is for Klein X Kardashians Kim, Kourtney, Khloé, Kendall, and Kylie posed under “family in the barn” theme for Raf Simons’ yet another experiment with the brand. The products include denim overalls as the core identity of the brand, undergarments, and knitted blankets.

The campaign remarks the few occasions where the whole Kardashians women joined a campaign altogether. On the other hand, rumors about Kylie Jenner's pregnancy continue to spark as the 21-year old looks (fashionably) covering her presumed baby bump with blanket and with Khloe's body on the other pictures. In spite of the speculation, Kylie was one of the earliest among the family to post the campaign on her Instagram account. This is the first time for her to appear as muse after her commercial hiatus on the social media. 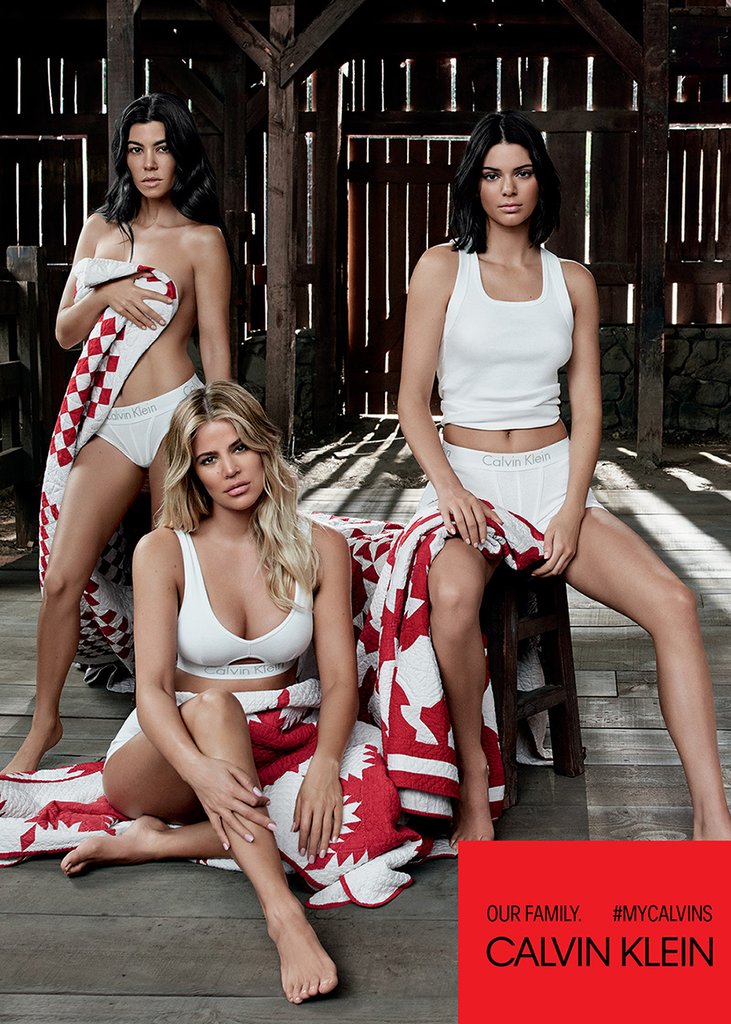 Khloé, who is pregnant during the shoot, tells people that the campaign is about sharing the family's authenticity. Agreeing with her, Kim Kardashian West says, "Family is everything. "So, when we are all together doing something special like this, it means so much."