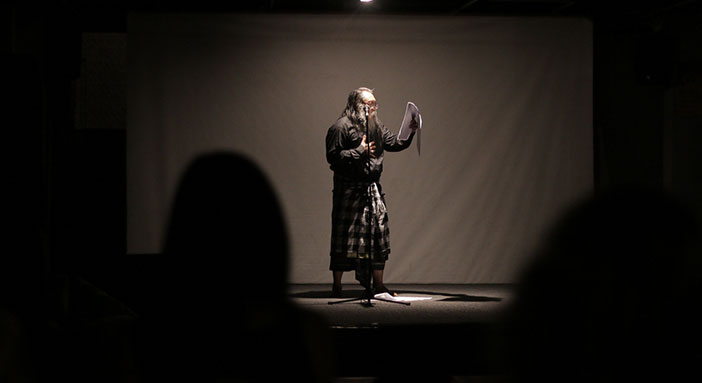 Gong Laut marks the first venture as an International Art Forum in Singaraja, Bali, along with Manik Bumi and IDKA as the promoters of the event.

The event is a platform involving 16 artists from across the world to showcase a collaborative artwork in delivering positive messages to the society. The artworks are meant to address environmental issues during the event that takes place from 28 October to 4 November 2018 in Singaraja, North Bali. This year’s theme would be the sustainability of marine industry. Artists including Ayu Laksmi and Samar Gantang from Indonesia, as well as several global artists in the likes of Guy Helminger (Luxembourg) and Hagar Peeters (The Netherlands) joined art forum under the name ARTIVSM. German politician and member of European parliament for Green Party, Helga Trupel, also joined the platform as special speaker. Rooting from Indonesian proverb “Bagai Menggarami Lautan” (as if seasoning the ocean) which pejoratively means “to do something useless”, this forum instead is inspired by the philosophy of the salt itself. In this context, it means “taking actions for the ocean by doing small but collaborative work”. Gong Laut was opened with a pre-event called “Literary Luncheon” on October 20 at BLANCO par Mandif, an Ubud-based fine dining restaurant. During the event, some of the artists discussed about artivism (an abbreviation of “art” and “activism”) and showcasing their artworks.