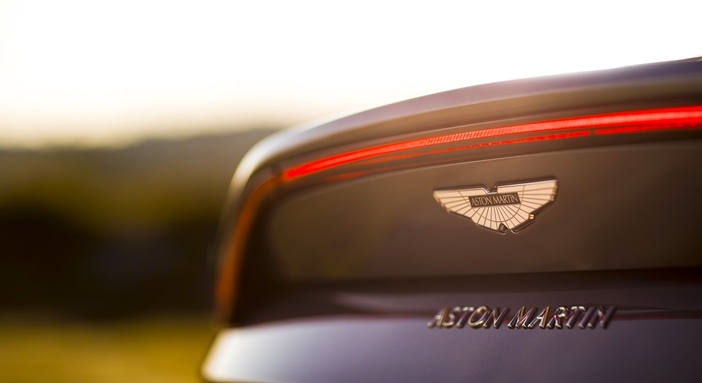 One might already witnessed the face-lifted version of Aston Martin DB10 in the latest cinematic work of James Bond: Spectre. Now, the brand officially launches the prototype into reality with their 2018 Vantage. Classified as a power monster with 4.0L V8 engine that runs from 0-100kmh in 3.6 seconds, the brand new Vantage is sculpted into a more muscular figure. The sports car is able to run smoothly even without complex aerodynamic system, thanks to their carefully-built diffuser, rear spoiler, and lower base for better grip to the ground.

From the inside, you can see Aston Martin is also doing the nose job with their dashboard as well, leaving the "waterfall"-like design into a more traditional sports car's assemble. Unlike many high-end automobiles in the past few years, the new Vantage is commanded with 7-speed manual transmission. Aston Martin stated that the company will retain the tradition for the next few years, considering them as the signature of the British giant. Parallel with their more muscular exterior, Vantage Tactical is knitted with contrasted-color stitches along their leather and alloy-aluminium parts; making it looking like a proper sports car. Some might prefer the classic Aston Martin style that goes well with Sean Connery's sleek three-pieces, though.

Riding in 503 horsepower, the new Vantage is called "Tactical" for some good reasons. Despite the enormous energy, the control power distribution is able to modulate power to each tire from fully open to 100 percent in miliseconds. This allows the automobile to take full control during corners and straight acceleration. The calculation is even more precise with stable downforce and 50:50 weight distribution that resembles the Mercedes GT, who handcrafted the same engine for this new Vantage.

The 2018 Vantage is not only proud for their intellect, but for its cutting-edge look as well. After all, a neon-lime Aston Martin is not something we see in any regular day, although the tungsten silver one makes more sense for long-time fans. The best-selling series of Aston Martin will be available in the second quarter of 2018, with their starting price sets on $150,000.