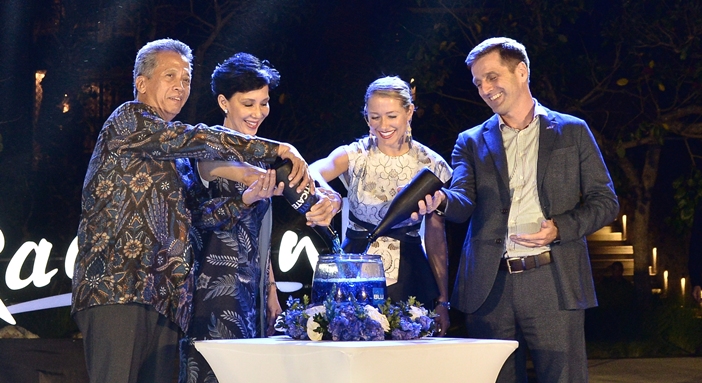 This new upscale resort in Uluwatu, Bali is the first in the country to operate under Radisson Blu name. Although the Grand Opening cocktail party was held in early July, the hotel already accepted guests since March 2018, and has achieved an outstanding traffic rate ever since.

In the evening where the Grand Opening took place, the whole resort’s outdoor area was tinted in blue shades. Special guests enjoyed dinner and cocktail by the resort’s gigantic pool. In one corner, there was a stage where par excellence stars like Andien, Balawan, and Sophie Navita performed.

The event was opened by Owner Mr. Triswono Nilam and Mrs. Ruby Karyadi, General Manager Mr. Björn-Henning Buth, President of Radisson Group for Asia Pacific Ms. Katerina Giannouka, and Vice President for Asia Pacific Mr. Andre De Jong.  The hotel was officially launched as the five of them poured champagne into a bowl, symbolizing the merriment of new beginning. A series of fireworks improved the finesse of the ceremonial process. After the ceremony took place, guests stayed at the venue for after party drinks and live music. 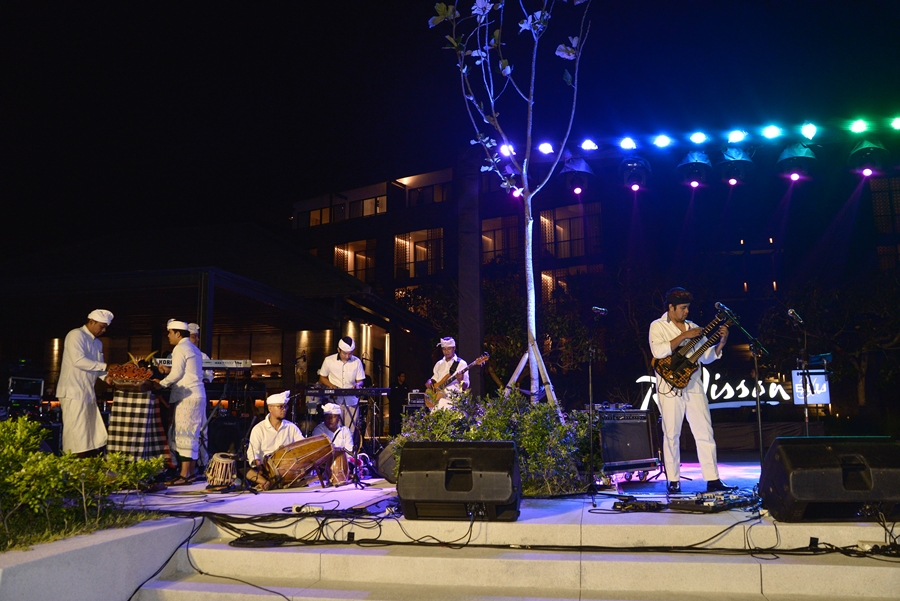 Radisson Blu Uluwatu Bali is a special place for the board of directors from Radisson Hotels Group. Located in southern part of Bali, Uluwatu is a developing site for those seeking for a peace of mind in the Island of Gods—making it a perfect fit for Radisson Blu’s market. The team even worked with the locals for social and educational projects to understand the region better. The hotel has a total of 156 rooms separated in several buildings, promising a perfect beach view during dawn and dusk. It is a one-stop palace for leisure activities with only 15 minutes of walk to the nearest beach. It may be one of the most ideal basecamps for those seeking for historical journey to Uluwatu Temple and Garuda Wisnu Kencana site—all within 6 kilometres.