KARL FOR EVER: A Tribute Karl Lagerfeld’s presence and talent in the world of fashion was something everyone loved and admired decades after decades, even after his passing.

On June 20, 2019, the Houses of CHANEL, FENDI (LVMH), and KARL LAGERFELD all paid their tributes to Karl Lagerfeld by coming together for a celebration designed, directed, and staged by Robert Carsen at the Grand Palais, Paris.  There is no doubt that the extraordinary designer has left a tremendous mark in this world. Many aspects of his life were then bring upon through a video filmed throughout his life. 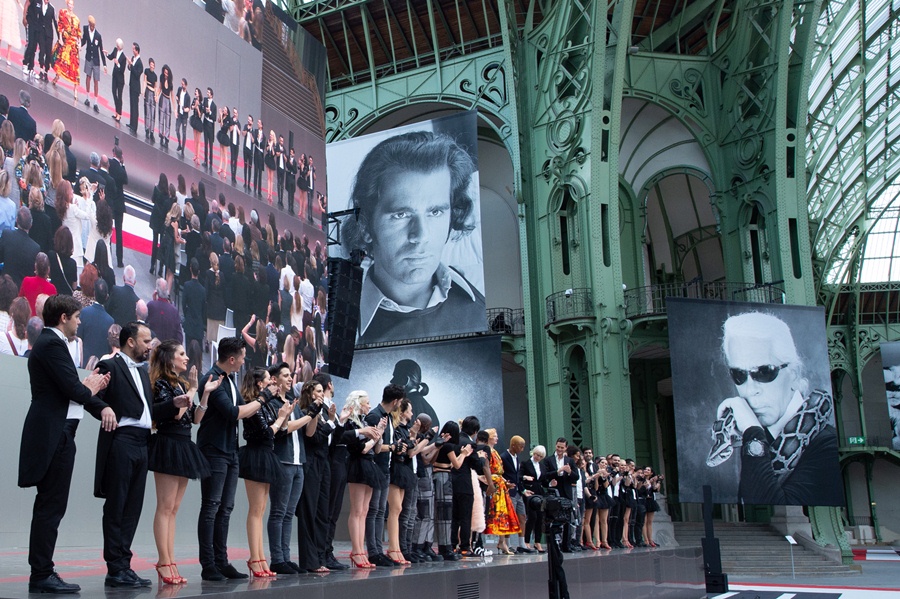 There were many familiar faces who also came to pay their respects and to celebrate the legacy that Karl Lagerfeld left behind—Actress Tilda Swinton, Cara Delevigne, Helen Mirren, and other admirers and friends of the late Karl Lagerfeld. Extraordinary musicians, including Pharrell Williams, performed on stage to pay homage to Karl, a man who has left a mark in their life.

It is true that the homage brings together the many facets of Karl Lagerfeld—from tango, music, colors, to photographs—all set to remember Karl’s favorite things.