Fresh, powder-blanketing mountains, exhilarating winter sports, Japanese-style retreat... no one does it better than Hokkaido.

For those living near the equator, snow does become luxury. It’s no surprise to see a fair share of locals flocking to the parts of the world to experience winter. There are boundless options of winter holiday destinations worldwide, but this time our pick goes to Japan’s most northern island Hokkaido for its unparalleled snow quality, which lures travelers and winter sports enthusiasts alike. HighEnd was afforded an opportunity to fly to the Land of the Rising Sun to marvel at this Asia’s winter Mecca.

The air was crisp and cold as we stepped out of the airport, with temperature around -5oC.Snow was pouring down, piling up fast on the side of the streets. Hokkaido has a completely different feel compared to Honshu, Japan’s largest island that is home to the capital city of Tokyo. The island is known for its wild nature and spectacular scenery, with relatively cooler weather during summer. And when it comes to winter, there’s no doubt that Hokkaido has the best snow condition. It is light and dry—some even say Hokkaido’s snow is among the best ones in the world.

Being our base for the next three nights, Club Med Hokkaido is a 4-Trident (Club Med’s term for ‘star’) ski resort tucked discreetly away in Kamikawa district, surrounded by dense snow-clad trees. The premium retreat offers an all-inclusive concept, which includes not only premium accommodation, but also round-trip transfer to airport, ski-pass for lifts, ski and snowboard lessons with English-speaking instructors, all-day meals and free-flow bar—such plenty of perks for those wanting hassle-free stay since nearly everything is taken care of. Whether one opts for Suite with Mountain View, Deluxe Room or Club Room with Tatami Lounge Room, they are of the highest comfort and feature the sweeping views of the garden or mountain.

The blast of wintry air did not stop us from taking the ski lesson on the first day. Skiers were divided into groups based on their level of ability, so first-timers need not to worry for they will be in good hands of the professional ski instructors. There are a total of 17 ski runs with varying levels of difficulties and altitudes from 368 to 1059meters. Ski lifts are available for advanced thrill-seekers wanting more challenging slopes. Children can also be signed up to the mini club to learn about skior snowboard, while parents can relax and enjoy their quality time. Those who do not fancy winter sports can actually go for non-ski ones, such as table tennis, yoga or swim.

After working up a sweat in the morning, we went back to main restaurant Daichi to grab some lunch. There won’t be a shortage of good food and drinks as Daichi has everything, including list of wines. Japanese, Chinese, or Western? The choice is surely bewildering. The restaurant serves an abundance of international buffet delights for all-day dining, day in day out; from hearty ramen to fresh salad. For those fancying Japanese shabu-shabu, Mina-Mina Restaurant opens four days a week to spoil guests with options ranging from hotpot, pork shabu-shabu, beef shabu-shabu, seafood to crab plate. Suitably fueled after lunch, one can get back on the slope or rather bask in the Ofuro (Canadian tub) to ease those tensed muscles just outside of the building.

The rest of our stay was spent skiing with more advanced level of difficulty, watching evening shows by the witty G.O team and reveling in cocktails of the day specially crafted by the bartenders of the Wakka main bar. It was snowing yet again, pretty heavily, as we were about to go back to the airport on our last day, so we took the last chance to soak in and capture the endearing beauty of Hokkaido’s powder that made us want to come back here one day. 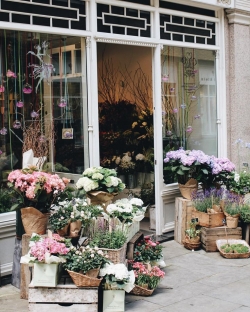 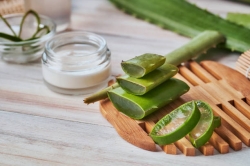