CFDA: Who and What They Wore Kim Kardashian-West may have won an award at the Council of Fashion Designers of America (CFDA) Award 2018, but these women clearly won the attention at the red carpet.

We all know that if Met Gala is the fashion equivalent to Oscars, CFDA is like Directors’ Guild of America Awards. Known figures from fashion gathered to present names that shine for the past year from the industry. This year, Naomi Campbell is named Fashion Icon Award, while Supreme won Menswear Designer of The Year and astonishingly—Raf Simons of Calvin Klein won Womenswear Designer of the Year.

On the red carpet, the competition is no less fiery. Models, celebrities, designers, and socialites dressed their best—but there are exceptionally some guests that stole everyone’s attention. For example, we can’t just get enough of Lupita Nyong’o shimmering gold lip color that blended well with her Versace dress. Ex-Victoria’s Secrets angel Rosie Huntington-Whiteley shone with asymmetrical two-pieces from Thom Browne.

And, oh, look at how Chanel Iman debuted her baby bump sexily in Nicole Miller dress. Supermodel Martha Hunt took it to the next level by embellishing her lashes with Swarovski crystals while he walked the red carpet as the brand’s special guest.

Take a look at our 10 best-dressed guests below: 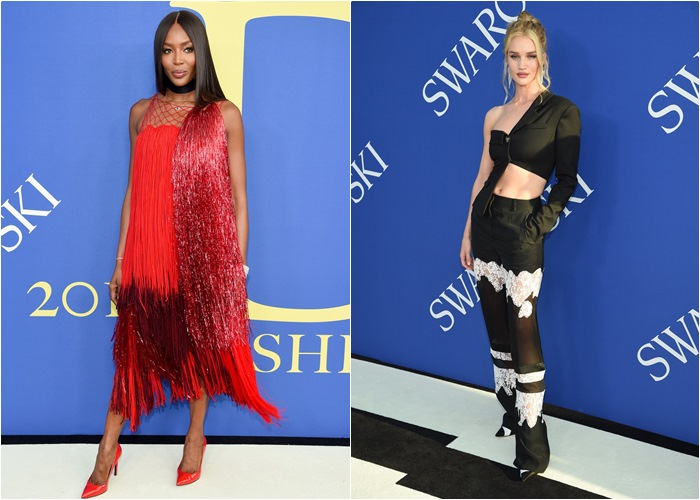