Celebrating the house’s founder and heritage, Burberry revealed its first ever Monogram Collection.

Burberry Monogram Collection is designed by Riccardo Tisci featured by Gigi Hadid in the campaign, which will be the new signature house code. The monogram showcases the interlocking TB initials in Burberry’s signatures shades: beige and brown.

The logo that makes the motifs is discovered from a selection of the brand’s archives from the 20th century, which inspired Tisci to create a new logo for the design house. The new logo itself was first unveiled and introduced to the public in August 2018. 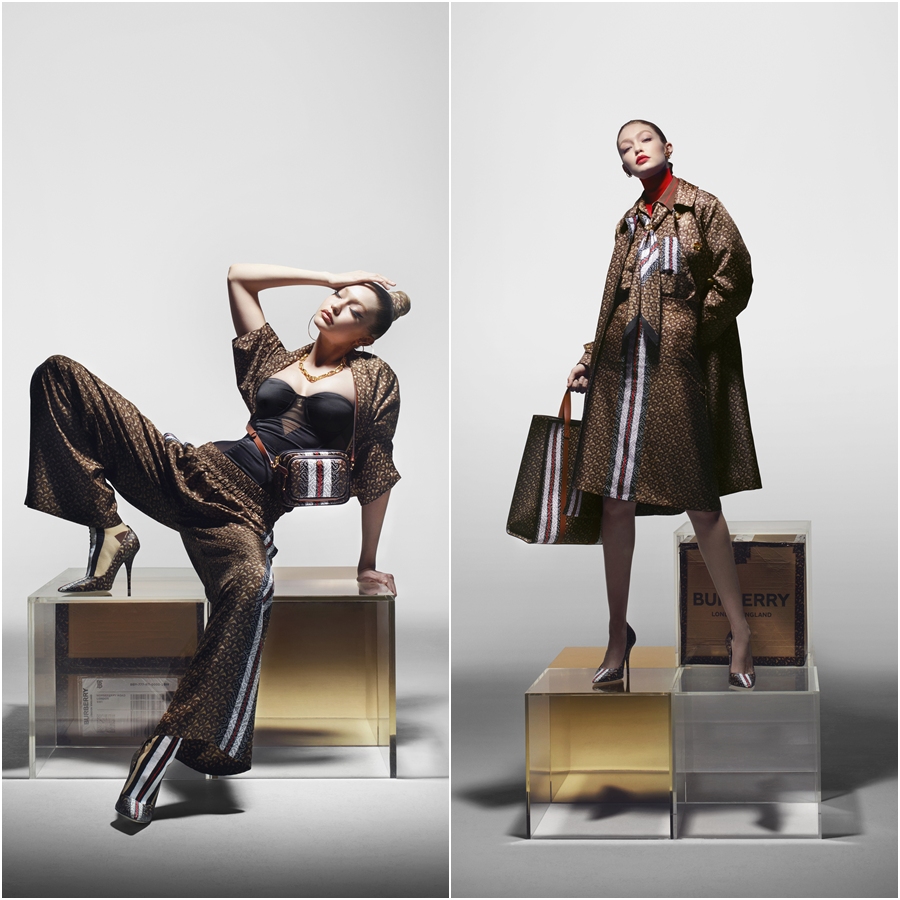 Gigi Hadid makes her debut for Burberry in a campaign shot by photographer Nick Knight. The images and video campaign showcased the breadth of the collection, showing the brand’s versatility by transforming Gigi into a boy, a gentleman, a girl, and a lady to represent the four distinct character of Burberry fashion house.