Highend had an exclusive conversation with the general manager of the Four Seasons Hotel in Jakarta. Christian Poda shared his key to success and his vision for the new property.

To do what you love and to love what you do, are the greatest success in one’s career. For the General Manager of Four Seasons Jakarta, Christian Poda, his job is his passion. He has come a long way to be where he is right now. Growing up in Berlin, he regularly walked past grand properties in then then-divided city. He remembered he was in awe of the everlasting beauty of one of the grand hotels in the city, The Kempinski Bristol Hotel, and recalling it might be the initial inkling that he might be suited for a career in the hospitality industry. He mentioned that he always likes the buzz, the sense of people from all over the world, and most of all, the elegance of the hospitality sector.

Almost two decades ago, Christian Poda started his first job as a receptionist in the very same hotel company that he is currently serving as the General Manager, the Four Seasons Hotel in Berlin. He admitted that being a General Manager was his career goal from the moment he set foot in the hotel. His love for the people, his warmth in welcoming guests and his determination he set for himself are the key of his success. Also, he always thinks about the welfare of the people who works with him.

Christian Poda’s career path has led him to Indonesia. Jakarta is his latest stop in Asia for Four Seasons Hotel chain. It is a conclusion of a journey that has taken him from his hometown in Germany and Europe, to the United States, and then onto Shanghai, Singapore, Hong Kong and Maldives.

The Four Seasons Jakarta is the company’s third property in Indonesia and it perfectly fits the urban society. The Four Seasons Jakarta is unparalleled to any properties in the city. It is the perfect complement to traditional European elegance yet refined and modernized to today’s discerning guests. He promises for the hotel to continue to define the future of luxury hospitality in Jakarta with unwavering commitment for the most genuine and highest standards of quality. 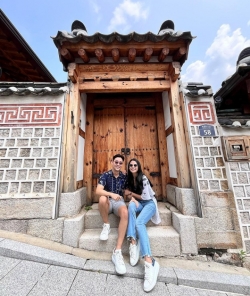