4 Artsy Cities to Pop In 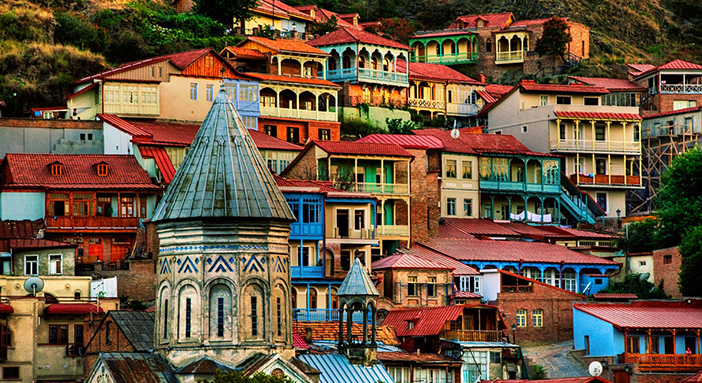 From Georgia to Australia, we have gathered some of the best, exquisite cities for you to visit during your year-end holiday.

Holiday season is around the corner, and there’s no better time to spend your hard-earned money by travelling to some artistic places around the globe. Not only you can take hundreds or thousands of pictures there, but you it is also a chance for you to realize how mesmerizing the world truly is.

Expect an utterly picturesque city when you visit Tbisili, the capital of Georgia and one of the world’s oldest settlements. The main charm of the city is none other than its crumbly-yet-dazzling old town. The vibrant colors of the buildings, added with great photography skills, can certainly give you some Instagrammable pictures.

Street art lovers sure don’t want to miss visiting Santiago, where blank walls are transformed into beautiful murals. As the largest city in Chile, there are a lot of street arts to be found in neighborhoods such as Bellavista, Brasil, and Yungay. There is also the must-see Museo a Cielo Abierto, a labyrinth-like collection of outdoor murals painted in the 1990s by various Latin American artists.

The architecture and art in Tétotuan are clearly influenced by Andalusian, as the town was once rebuilt by the refugees from the autonomous community of Spain. Moroccan contemporary art can be enjoyed as soon as you reach the city. There are also fascinating contemporary works at the National Institute of Fine Arts, Tétouan Museum of Modern Art, and Green Olive Arts that can fill up your camera’s memory.

When visiting the New South Wales’ capital, the harbourfront Sydney Opera House most certainly is in the places-to-go list. After being upgraded for $273 million back in 2016, the building which has a thousand rooms and over one million roof tiles now has a hangout-friendly foyer, a renovated Joan Sutherland Theatre, as well as improved acoustics which was once criticized as being poor.