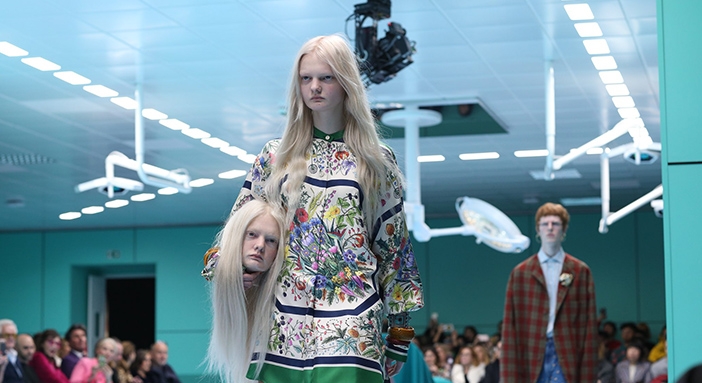 If you happen to miss the latest F/W 2018 Fashion Week in fashion capitals, there was something eerie going along the (run)way.

All eyes turned to Milan Fashion Week when Gucci decided to put a hospital surgery room set and let their “unnaturally human” models walking around them. Uncanny sight like artificial severed head, lizards, and horns are seen. What happened? 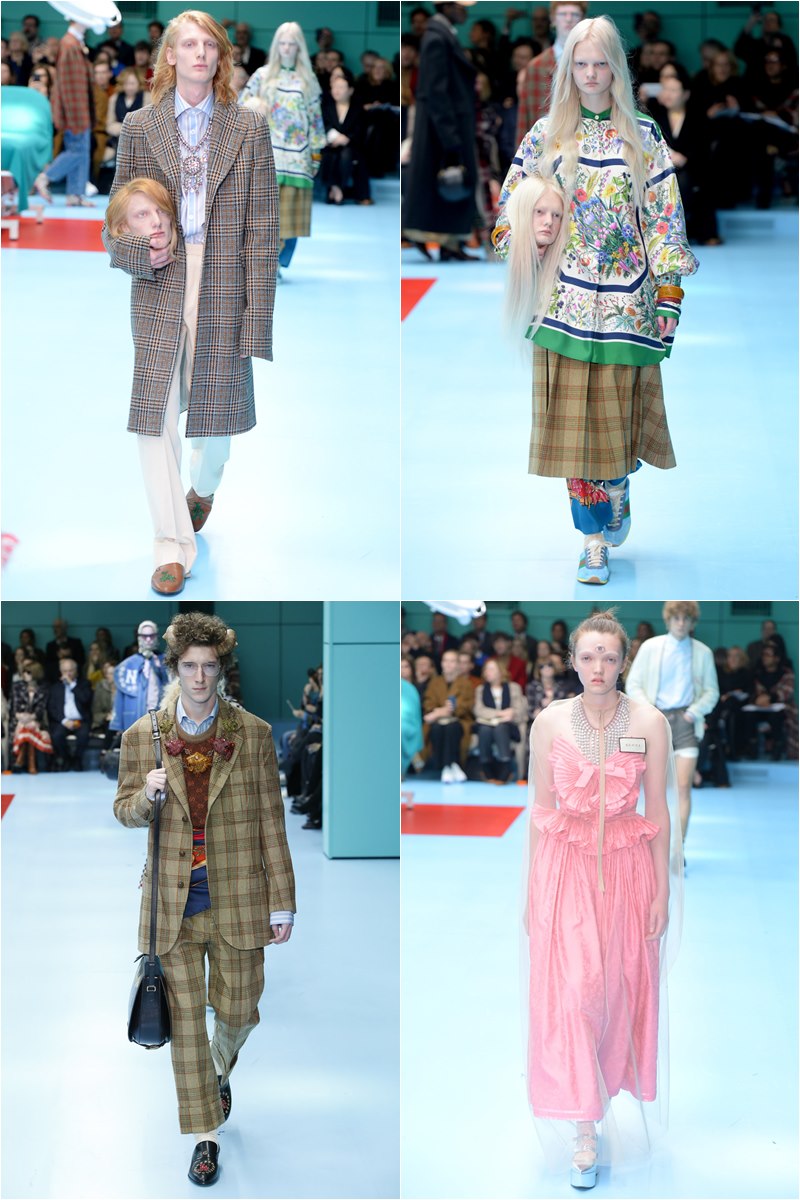 For the past few years, futuristic themes like xenohumanism and transhumanism emerge as Artificial/Augmented Intelligence, Machine Learning, and Stem Cells studies shake the world. The premise of these new studies may enable machines and robots to learn like humans while allowing humans to be “upgraded” like robots.

As humanity is now being questioned in the first world, more and more people cope with what we call “the sci-fi revolution”. Fashion is, nonetheless, one of the most prominent scopes in surfacing the issue. The runway now does not only belong to human, as far as creativity allows. Russian supermodel Irina Shayk walked out of a spaceship in Philipp Plein’s show, along with gigantic robot escorting her. The overall looks apply xeno-themed gimmicks like UFO and futuristic vehicle. Meanwhile, Moschino returned to 50s looks with slight yet disturbing alteration—skin color. If you think they are embracing the hegemonic diversity theme, think again. Moschino’s creative director Jeremy Scott “dyed” his models in bubble gum colors; reminding us of alien characters we often see in vintage cartoons. Other models are dressed to resemble the “female android” archetype in sci-fi films.

Other designers may not be as bold, but some of them, including Moncler, also apply the disproportion and alteration of human’s physical structures to their collection. This observation leaves us in question—will robots, and only robots, walk the runway someday?