The Grandeur of Titanic ii 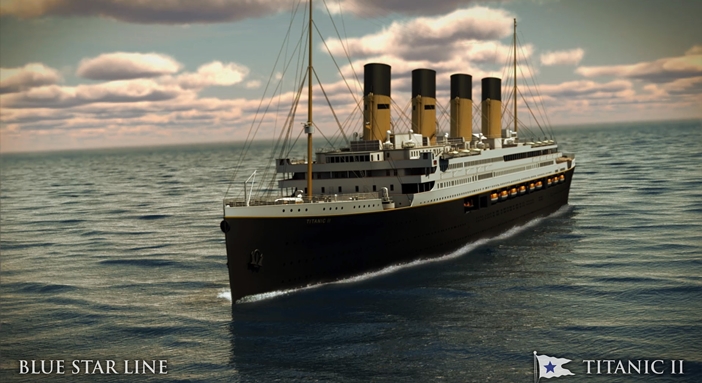 You might want to start clearing your calendar for 2022 because for the first time ever, the replica of legendary Titanic will sail the world.

Who in the world doesn’t know Titanic? Also called “Millionaire’s Special”, it successfully attracted some of the wealthiest people in the world to sail on it. The British passenger liner is so legendary that people are still talking about it after its mournful incident that happened back in 1912. Thus, in honor of the 100-year commemoration of the launch, a replica of the  iconic ship is set to sail the seas in 2022. The idea of Titanic II was initially pitched back in 2013, but the works had to be suspended due to financial constraints. However, according to Blue Star Lines, the issues have now been addressed and the building has begun. This means that your wish to experience sailing on the exactly the “same” luxury humongous ship that once carried more than 2,200 people is just one step closer from being a reality. Titanic II later will follow the original journey as depicted in the 1997 movie, where passengers will be carried from Southampton to New York and also sail all the way around the globe to inspire and enchant everyone while attracting unmatched attention, intrigue, and mystery in every port visited. Aside from the route, it will have the same interiors and cabin layout as the original Titanic. Of course it will also feature 21st century technology as well as modern safety procedures which include, ironically, more lifeboats for everybody on board. It may be still four more years until Titanic II will travel the seas, but it’s safe to say that we should prepare ourselves from now to enjoy the luxury and once in a life time experience to sail on the floating palace (minus the iceberg, of course).