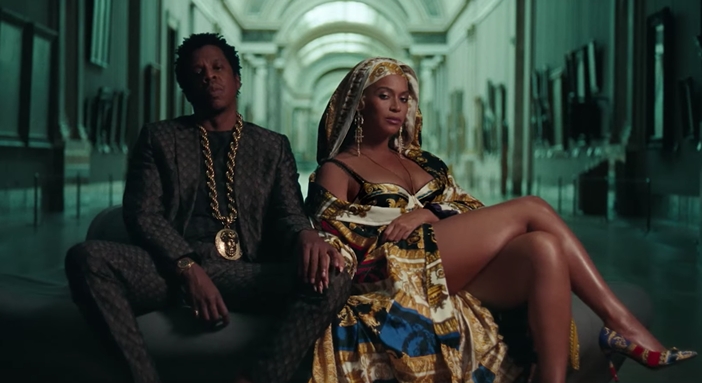 The accessory designer is once again got into the spotlight as Beyoncé is seen wearing his earpieces on the latest video of The Carters.

Rinaldy “Yung Yung” Yunardi has been mentioned a lot for the past few years for his eclectic, surrealistic collections that caught the attention of many fashion stylists around the world. His works are often featured in high-calibre fashion magazines, used as regulars in Korean TV show King of Masked Singer, and featured in some segments of Victoria’s Secrets fashion show along with fellow Indonesian designer Tex Saverio.

After proving his mastermind-ship (so we call it) with his barely ordinary works on Nicki Minaj’s and Katy Perry’s music video, Yung Yung kick-started 2018 with his new global muse: Beyoncé Knowles Carter. Jay-Z’s wife is wearing the designer’s zircon stone earrings on her new video for The Carters called Apeshit.

“(My works) keep getting featured by top international artists—I’m totally speechless. There’s nothing I can say but to thank God for that.” Yung Yung told CNN Indonesia.

As the vibe is still on, we listed down all international muses of the 47-year old designer who proudly wear his pieces in public.

Nicki Minaj appeared with cage-like mask on her video No Fraud in early 2017. The news spread like crazy that time.

The Medan-born designer showed his respect for his idol Madonna as she appeared wearing his crown and necklaces at the latest Met Gala.

A post shared by Rinaldy Yunardi (@rinaldyyunardiofficial) on May 5, 2018 at 5:55pm PDT

The girl won Best Accessory award from Vogue Magazine at the same Met Gala, wearing stardust earpieces by Yunardi. The pieces are also seen in some editorials featuring actors like Danai Gurira and Gal Gadot.

Everybody paid attention to Katy Perry’s transparent knee-length boots on Chained to the Rhythm two months before Minaj released No Fraud.

In a photoshoot session by Ukrainian photographer Sasha Samsonova, Kylie Jenner was seen wearing princessy crown from the designer.