On the Set with: SHINee Minho
Larasati Oetomo

Early in September, Choi Minho (also known as SHINee Minho) paid visit to Jakarta, attending Indonesian Television Awards that was held in Studio 14, MNC Studios. HighEnd is glad to be able to share a scene with the idol slash actor for an exclusive photoshoot and talk to him about his career, feelings to be back in Jakarta, and his secret wish.

Humble and warm, Choi Minho greeted everyone in the photostudio with a big smile on his face, while slightly bending his back to his lead, signaling Asia's polite gesture. He did not talk much, prefered to focus on his work. Sharing fifteen minutes for a quick photoshoot, he did not let any second go wasted. His gestures are already versatile - it does not take a lot of time for him to feel comfortable before the camera. There is certainly a reason for the nickname "flaming charisma" given by his fans. The VIP guest and featured artist of Gucci is a charismatic presence both in the photoshoot and interview.  Now, what can we learn from GoSpot's flash interview with him? How do you feel about getting invited for Indonesian Television Awards, and what do you feel in general to be back in Jakarta?

I am very glad for the invitation. Certainly I am looking forward to attending future invitations, if there is a chance. I have always loved to be back here, either with SHINee or by myself in this occassion. The fans are always amazing each time I get here.

Considering your experiences and achievements both as a singer and an actor, what do you personally feel about both careers?

What I love about being a singer is being able to be on stage with the fans. As for an actor, I really enjoy taking the role in each project. Now that you are both a singer and an actor, do you have any future plan about what you want to do next?

I really am looking forward to be featured in an Indonesia's variety show!

Last, do you have anything to say to all your fans here?

I have finally arrived here again after such a long time, and I am really glad. I'll be here again next time with more hardwork and better performance. 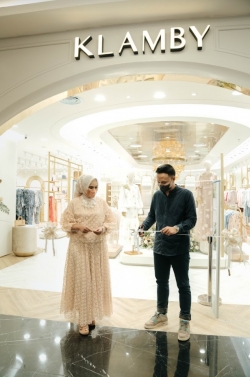 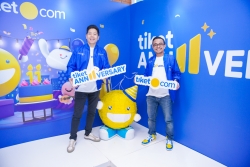