As majestic as Borobudur Temple, global diva Mariah Carey proved her Indonesian fans that she still lives up to her name.

Thousands of people were swarming around Taman Lumbini in Borobudur Complex on November 6. It was a chilly evening, but the atmosphere was as hot as ever. Everyone, including me, expected something big to happen that night. After more than a decade, Mariah Carey is here again to perform her everlasting hits right in the front of the biggest Buddhist temple in the world. Of course we couldn’t be more excited.

The reception was huge, thanks to the hard work of so many people. Initiated by HIMBARA (Himpunan Bank Negara), the first ever Borobudur Symphony is a synergy between BUMN and Apa Kabar Festival to boost tourism sector. Together with PT. Taman Wisata Candi Borobudur and Rajawali Indonesia Communications as advisors, the long-prepared show finally settled in. So, how was it? 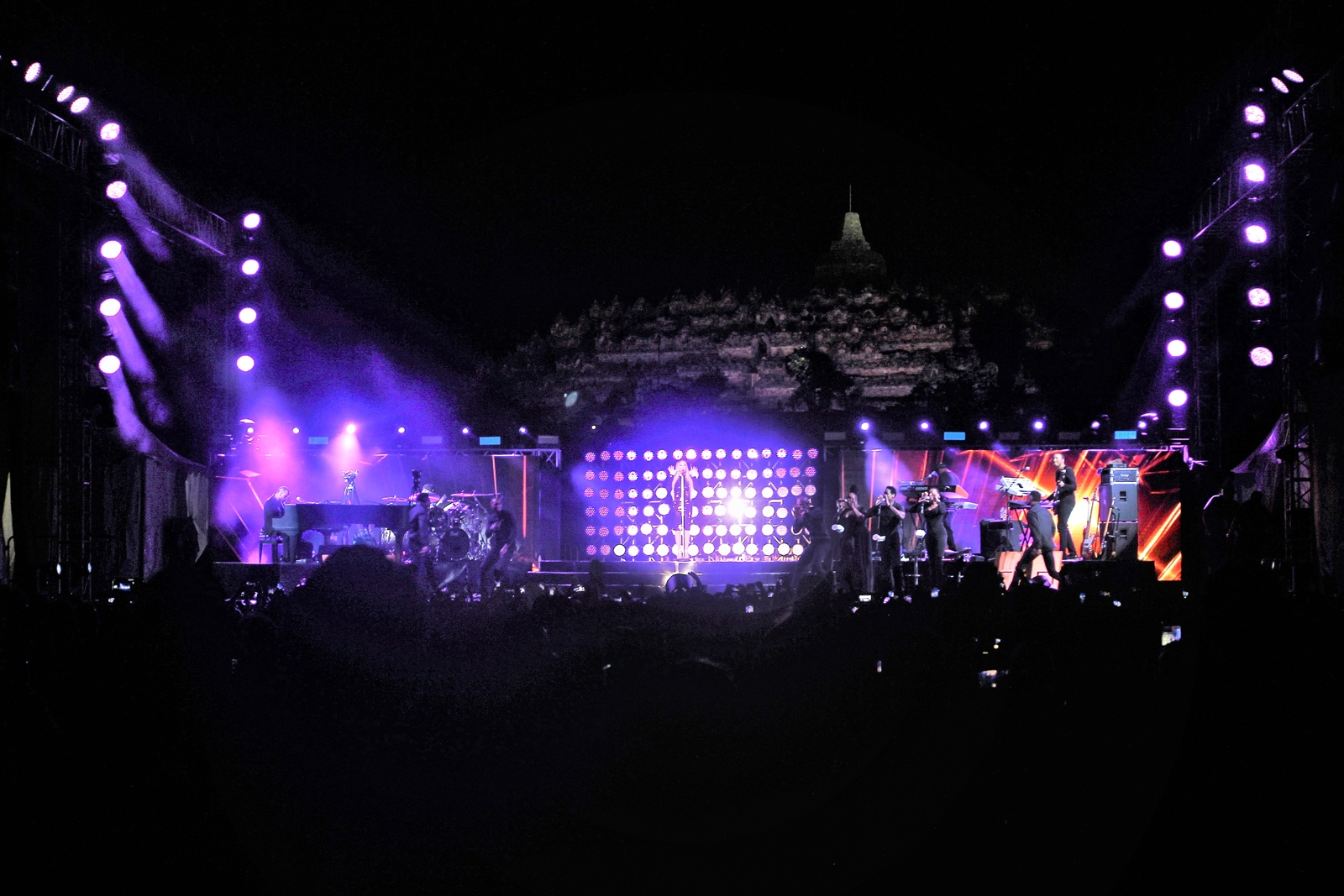 Bringing along a total of 51 band members, dancers, and crew members, Carey opened the show with her dance classics “Fly Away” and “Honey”—a good choice for opening act. The 48-year old diva appeared in midnight purple body-fitting dress. After the first songs, she entertained the crowd by asking her cosmetics staffs to do some touch up on stage. 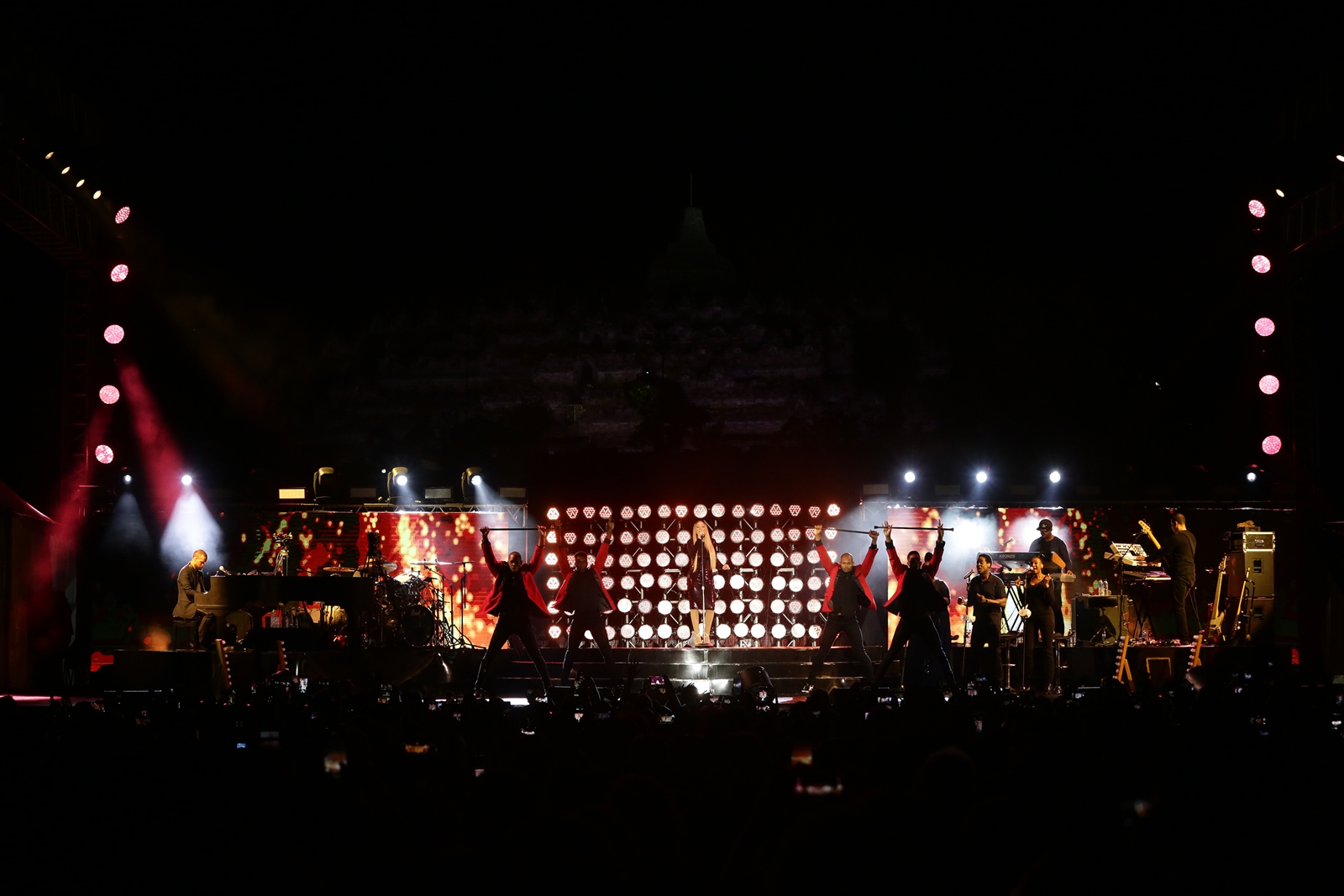 The American singer wasn’t as energetic as before, but it was clear that she prepared well for her vocal. She made sure everyone got what they come for: her clear-ringing head voice. Supported by world-level band mates and audio quality, as well as her flaunting dancers, Carey managed to keep her voice round and clear through 18 songs she presented that night. Noteworthy moments include “One Sweet Day”, where she got her music director and male back-up singer to sing harmoniously with her on the center of the stage. The crowd went crazy with all-time hits “Always Be My Baby” and “My All”. In the last segment, the 5-times Grammy awardee appeared in sparkling champagne dress with tulle details. She presented a medley of Diana Ross’ “Love Hangover” with her “Heartbreaker”. Approaching the end of the evening, she reprised her newer single “We Belong Together”. Not long after, she returned to the stage with an epic rendition of “Hero” and the crowd couldn’t be louder. In a nutshell, the show was an epoch of golden age, both in music and architectural heritage. It wasn’t a big band, a 50-men orchestra, or a gigantic stage with ten thousand of audience, but it was a one-off music experience. Since it won’t be their last edition, HIMBARA Borobudur Symphony will return again in the subsequent years. What will they bring to Borobudur Temple next? We’ll see.