Who wouldn’t feel enchanted to sing along surrounded by woods and lights?

For years, LaLaLa Festival has been selling fairytale-like narratives; spending weekend far from home amidst the woods, singing and enjoying nature like there’s no tomorrow. Often we forget that before arriving on the last page of a fairytale, where it more or less goes like “live happily ever after,” there was always an ugly stepmother, a monster, a poisonous apple, stormy weather—anything that symbolizes evil. This is the impression HighEnd gets when finally finishing our 30-minute hike to the venue. Finally, happily ever after!

But in the middle of the book, the villain often sets a trap and waits for the hero to fall for it when we thought we already conquered them. The light from the stages still look small from a distance, and the sound of music is still a hum that calls us to walk closer. Little did we know that the banality of fairytales lie on the promise of a happy ending. Thousands of us believe in that happy ending; not even sweat, rain, or weariness can stop us from finding our prince charming riding on a white horse.

So, there we meet a bunch of singing birds just like on the tale of Snow White—Honne, The Internet, Crush, Project Pop, Sheila on 7, and many others. We even talked with Honne about Orchid Forest Cikole, which reminded them of their childhood (again, a very fairytale-like narrative). They performed just the perfect music that mixes well with the surrounding nature and light installations. That time, we started to realize why Snow White was more impressed by a suspicious-looking apple than a bunch of birds singing choirs. Perhaps she was hungry, and we can clearly empathize with her. It’s harder to find edible things than birds in the woods.

The ending of the festival, just like in fairytales, is predictable. We return together to our far, far away homes, thinking how the fairytale would have ended perfectly if we can really find prince charming on a white horse because it would be a lot easier to leave the venue riding a horse. For a few years, LaLaLa Festival has been selling the same fairytale narrative that lures thousands of people to enter their wonderland. And although we all already know how the story goes from beginning to end, let’s not forget that a fairytale never fails to fascinate its readers even when it’s been told for so many times, over and over again.

PHOTOS Courtesy of THE GROUP 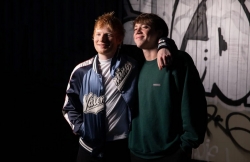 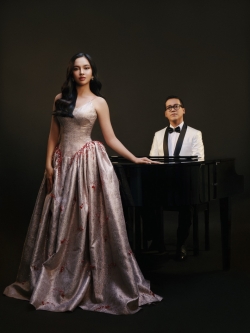