Versace was one of the biggest highlights of Milan Fashion Week Spring/Summer 2018 that was held at Milan's Triennal Museum, last week. The Italian House is presenting their Spring 2018 collection especially for their late Creative Director Gianni Versace, who passed away in 1997 in an awful murder at Miami Beach.

The person behind "Tribute to Gianni Versace:Celebration of His Life and Works" was no one but Donatella Versace herself, saying, "This is a celebration of a genius; an icon; my brother". 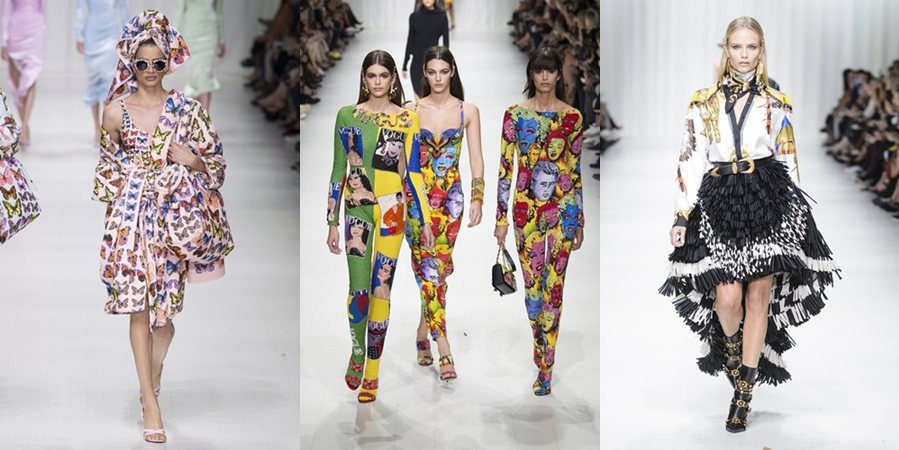 All the collections are inspired by the Golden Age of Gianni that lasted from 1991 to 1995. Most of his iconic themes are butterfly and artistic prints (that somehow inspired a lot of boy groups back then), Vogue collection, My Friend Elton, Marilyn Monroe portraits, Andy Warhol iconic prints, and Native American collection. Some of the wardrobes are original archives - take example to Natasha Poly's monochromatic pleat gown that was originally worn by Naomi Campbell back in 1990s. These archives remark the complexity of Gianni's works that cannot be replaced - conceptually and technically. 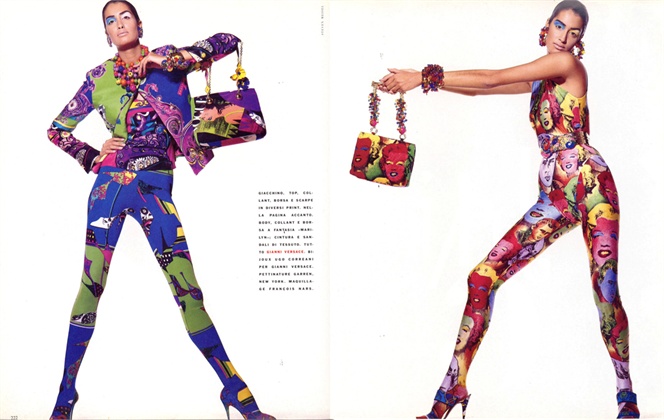 A number of today's supermodels and big names like Candice Swanepoel, Doetzen Kroes, Grace Elizabeth, and rising star Kaia Gerber joined the catwalk as Donatella's voiceover echoed through the hall, telling the life and works of Gianni. Fashion aficionados who grew up through his late works might feel the nostalgia while taking a look to his golden-chain prints, head scarfs, starfish constellations, electric-colored face prints, velvet dresses, and Native American-inspired jewelries. For a taste of modernity, Donatella mixed these classics with denim (that secretly becomes the highlight since the latest New York Fashion Week), caps, and bubblegum-colored details. The show became especially astounding as the original 1990s supermodels joined Donatella during the closing. Naomi Campbell, Helena Christensen, Carla Bruni, Cindy Crawford, and Claudia Schiffer walked together in gold dresses inspired by Gianni's 1994 Metal Mesh collection. They walked hand-in-hand while George Michael's "Freedom! '90" was playing in the background. Not only that the song fits the whole theme - George Michael once sat on the front row of Versace's show in 1991!