Deeper Than The Skin For Gusmen Heriadi, the essence of all living beings lies under the skin. The Jogjakarta-based artist worked with Ciptadana Art Program to creating his solo exhibition titled “Deep Skin—Skin Deep”.

Held at Ciptadana Center Building 5th floor, the exhibition lasts from 22 November 2018 to 14 December 2018. Ciptadana Art Program has been held annually since 2011 and has worked with at least a dozen of local artists in the process. This year, Gusmen Hariadi is here to talk about ‘essence’ and ‘status’ through his artworks. When being asked about the essence of human being, the 44-year old mentioned Respect. “Men could mean ‘everything’, when we see other creatures as commodity or mass of consumption. Danger is out there when we have no respect for other creatures.” On the other hand, humans see ‘status’ as their relative position among other individuals, a condition ego becomes the center of the relations. 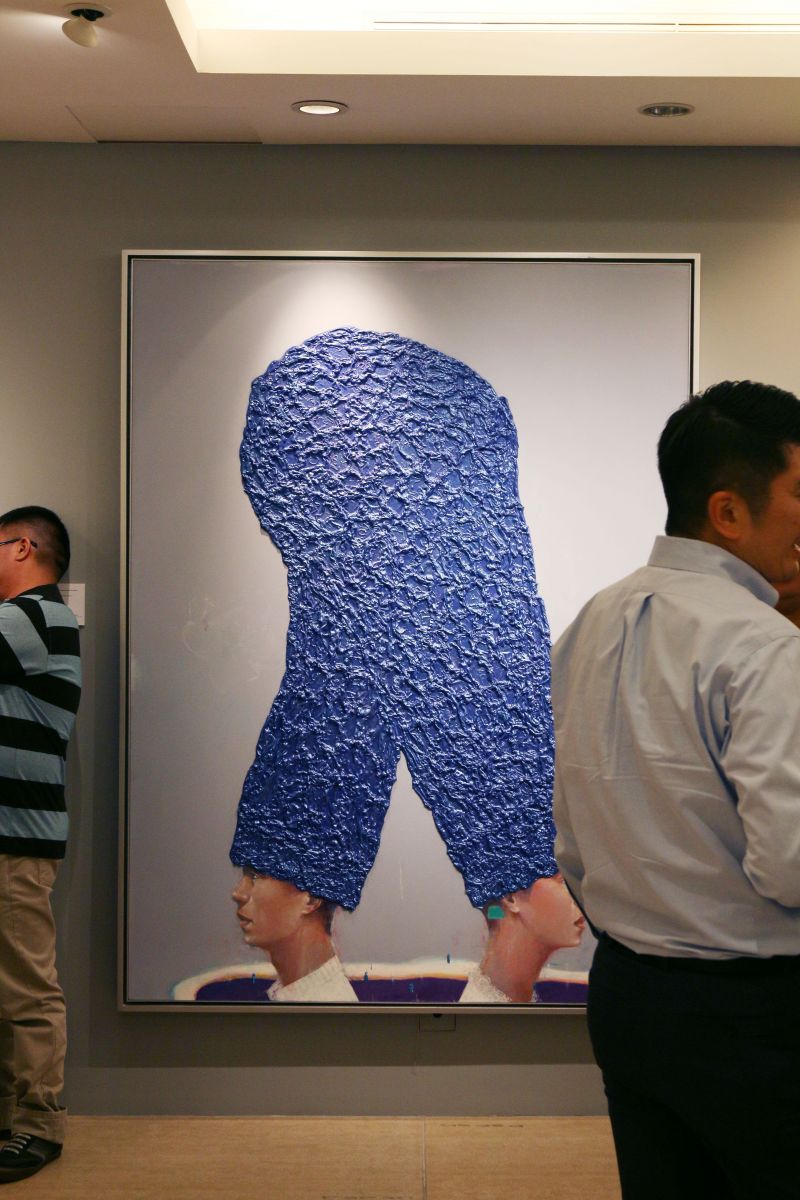 Deriving from these statements, Heriadi depicted the conditions of living creatures under the threat of human egotism in his works. Most of them are hand-painted in heavy amount of oil paints to achieve certain thickness. After that, the artist carved the drying paints to form textures and patterns. To finish the artwork, the artist combined the textured paints with two-dimensional illustrations.

The Pariaman-born artist took a literal interpretation of the threat of extinction in his visual depiction. The combination of textured-paints and illustrations created a dualism of living: the textured-paints portray what’s extinct, while the illustrations portray what is left for us to preserve. The idiosyncrasy of the textures, on the other hand, creates an effortless resemblance to natural organism we see every day such as the skin of an elephant. Curator of Ciptadana Art Program, Emmo Italiander, showed his support for Heriadi’s ideas in enlivening Indonesia’s art scene. “We are here to foster dialogues between art communities and business communities, as well as the dynamics between them”. He believed Heriadi can foster these dialogues through his aesthetic metaphor of today’s culture and lifestyle.