6 Series to Watch this Halloween 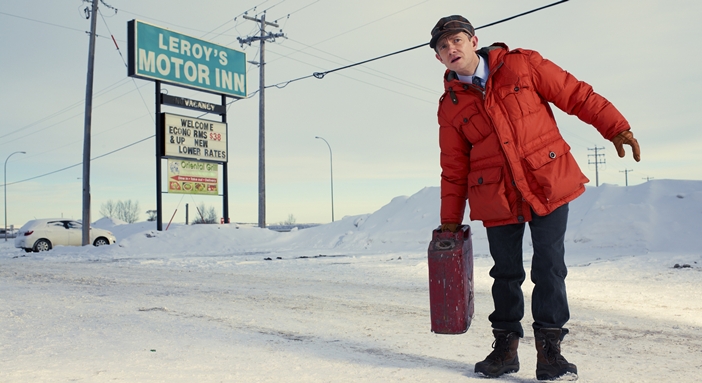 Halloween is already upon us. If you are not planning to go out on the Halloween Eve, it is now time to binge-watch the best horror-themed series.

Thus, we brought to you a collection of the best Kafkaesque TV series for your Halloween binge-watching session. Unlike typical horror films, these series bring different kind of thriller and frightening moments; starting from monsters, ghosts, humans, to... the future.

The cult Netflix original series is currently renewing their series for the second season. Created by the Duffer Brothers, Stranger Things takes place in a small town in Indiana during the 1980s, where strange things are terrorizing the citizens. The series is known for their authentic nostalgic feelings, astounding story-telling by the main actors, and unique depiction of coming-of-age plot.

American Horror Stories is a horror/supernatural anthology where each season takes place in different set and time. Other than recognition for individual appearances, the FX production is praised for their unique concept of horror stories. To give a bit of thrill about the series, some parts of the plots are known to be based on true stories.

The British TV series is regarded as the modern time Twilight Zone, with plot themes resonate around the dystopic future of technology. Black Mirror is a good kind of psychological drama that will hit your stomach right in the feels even without the presence of supernatural beings. Despite only lasting for three seasons, NBC's Hannibal is widely known as one of the best horror series ever. Bryan Fuller expands the role of Hannibal Lecter from Red Dragon novel, an iconic serial killer character, with complicated yet interesting plot. Hannibal is truly a cure for those longing for extravagant audio-visual exhibition of horror.

Twin Peaks (2017) remarks David Lynch's return to Television production after a long time. The renewed series is a plot continuation of the original Twin Peaks that aired in early 1990s. A lot of movie critics highly anticipate the series that has just ended last September. If you are into strange and surrealistic pieces, give Twin Peaks a go. Inspired by Coen Brothers' noir film with the same name, Fargo is being remade into anthology-format miniseries in 2014. The story resonates around different people, sets, and stories on solving crime scenes with minor crossover between the characters. Fargo is critically acclaimed for its extraordinary cinematography and screenwriting.